I have two friends who are professional photographers and they often steer me towards interesting things to photograph. First let me say that I am not a professional photographer, but I have been an avid photographer since I was 12 years old. So while I don’t make money at photography, I do know a little bit about composition, subject, and lighting. Anyway, one of my friend photographers told me about the annual Great Chesapeake Bay Schooner Race. The race starts in Maryland and ends here at the Hampton Roads Bridge/Tunnel. The boats then tie up at North Landing in Portsmouth. Since I have always wanted to be a sailor, especially sailing, I went down to North Landing to see the schooners as they came in.

I arrived a couple hours early so I stopped at Olde Towne Coffee House for some coffee and a crumble muffin. After breakfast I walked down to the dock and met a couple who had a beautiful Siberian Husky. After talking with them for a while I learned that they used to race in the Schooner Race ten years ago. I had a very interesting conversation with them about sailing, the technical aspects of which I know very little. The husband had a portable marine radio with him so I got to listen to some of the radio chatter. I could keep track of the race in real-time thanks to my smartphone and a web site which had a real-time map of all the boats with their tracks and current position, speed, etc. From the website I could see that the Schooner Woodwind home-ported at Annapolis Maryland, and a past winner, was leading the pack, followed by the Pride of Baltimore.

The weather started to turn bad just as the Woodwind appeared around the bend of the Elizabeth River heading to dock at North Landing. She had crossed the finish line already, having won the competition. She had her sails furled (drat) but she was a beauty nonetheless. Here are a few pictures of the Woodwind. 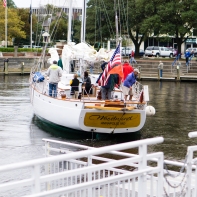 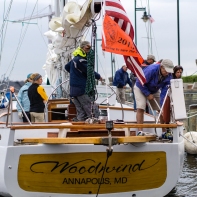 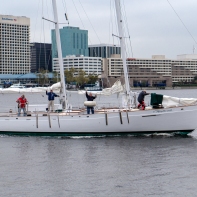 As for snakes, this is the story.  My cousin Roxanna, who lives in Ripley, NY but is down in Virginia visiting her son, invited me to Sandy Bottom Nature Center to visit with her and her son who is the Park Ranger in charge of the park. Sandy Bottom is an awesome park with lots of fun stuff to do. Hiking, fishing, boating, camping, and a great Nature Center building with a wonderful teaching program for youth and adults alike. They have an impressive collection of reptiles, amphibians, fossils, relics, and assorted other stuff that is fascinating.  When I arrived, Roxanna’s son was showing a small snake to a group of scouts. It was a hands on show so all the boys got to touch the snake. Having owned a snake, a python, I thought I knew a lot about snakes. I could differentiate between venomous and non venomous snake by the shape of their head, pit between eyes and nostrils, and pupils. But Marc, Roxanna’s son, told me one thing I did not know. The bottom of the tail (behind the anus) of venomous snakes looks the same as the rest of the belly. If the snake has a cross pattern (like a diamond shape) it is non-venomous. There are three species of venomous snakes indigenous to Virginia. They are the rattlesnake (canebrake), copperhead, and cotton mouth. The Nature Center had beautiful specimens of each one. I took a few photos with my smartphone. 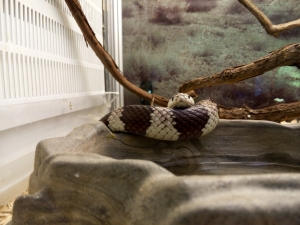 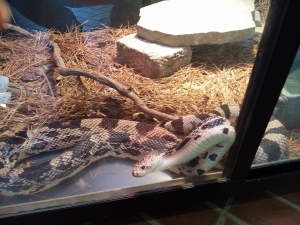 After looking around the rest of the Nature Center Roxanne took me on a long tour of the park. It was a beautiful day and as I said before, the park is awesome. It was nice spending some time with my cousin as I rarely get to see her. Anyway, it was a great day and I managed to get a few good photos. See if you can figure out why the title mentions potheads. 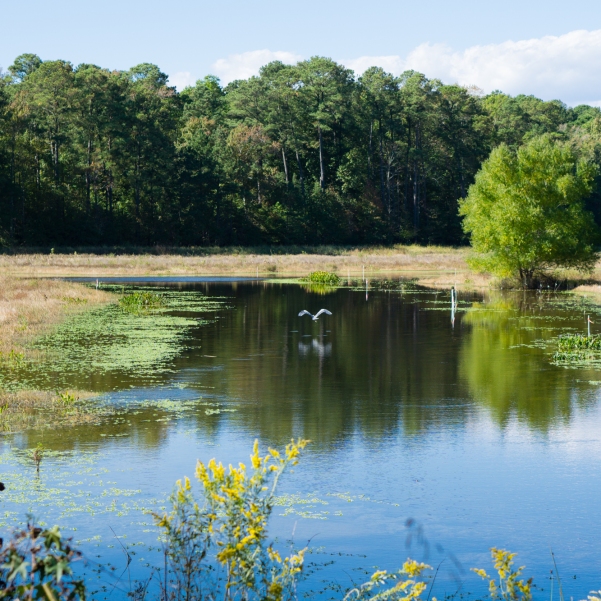 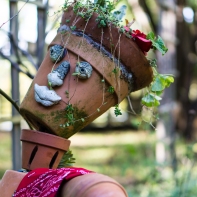 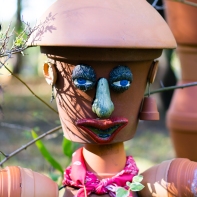 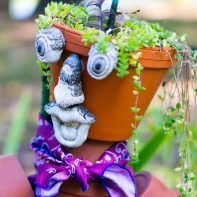